Very popular social media platforms in Pakistan like snack videos, TikTok, likes, and Facebook are those platforms where many peoples cross the heights of fame, but during this, some people set new records for the atrocity all around Pakistan. On social media, there is a lot of material, including sensitive and immoral videos, demonstrations of the armed, homosexuality, and the element of obscenity, which is a source of shame in Pakistani and Islamic terms.

These vulgar videos are not only violating Pakistani social values but also causing a number of incidents in society, including many incidents of women abuse.
The recent incident in Lahore was not only tragic but also shocking and unbelievable. A female tik toker Aysha Akram came to Minar Pakistan to meet her followers, while the last few videos in her account are such that can attract these beasts. Although only 400 of these people were involved in the incident, the immoral content on Tik Tok is further fueling these beasts at a very fast rate.

It is being said on social media that there are videos on the woman’s account that have freed her fans from her to such an extent. Although what happened was wrong, social media users are calling it a publicity stunt.

There are a lot of videos on social media at Mazar-e- Quaid that are promoting nonsense. A video of a tik toker dancing at Mazar-e-Quaid violated moral values and insulted our Islamic culture. The woman’s video was heavily criticized on social media. 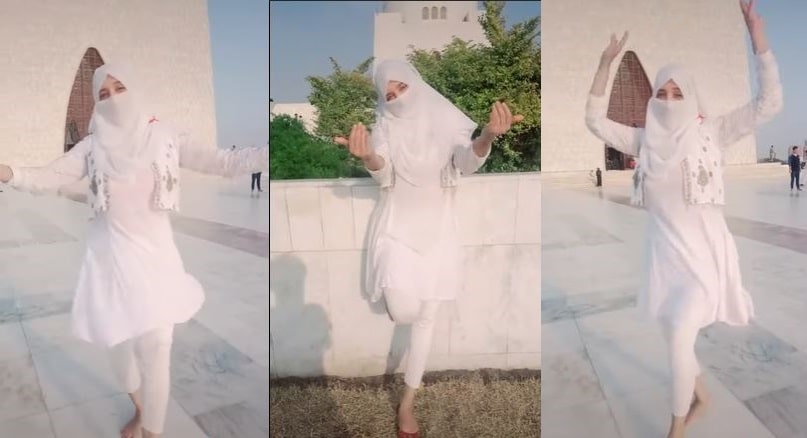 Killed her husband for fame

This way of getting fame is not at all appropriate.. don’t make fun of relations to become famous. #adilrajput

At binging, the Adil Rajput fans expressed their huge sadness over the death, but when the buzz blowout, it was found out that Adil Rajput’s wife had uploaded this video just to increase the number of TikTok followers and for the sake of fame and popularity.

19-year-old Hamidullah Khan was living in Swat Valley was destroyed as he pretended to shoot himself for a TikTok video recorded by his friends. He had more than 8,500 fans on the Tik Tok app and posted nearly 700 video clips. According to police confirmation, a young man Hamidullah’s death was an accident as he fired a bullet thinking the gun wasn’t loaded. Due to social media fame, many more peoples are dying on daily basis and families are losing their young ones sadly on daily basis.

There are also many accounts on Tik Tak that have been found to be doing depraved acts just for the sake of followers and fame. For these reasons, the government of Pakistan had banned the Tik Tok application on mobiles.